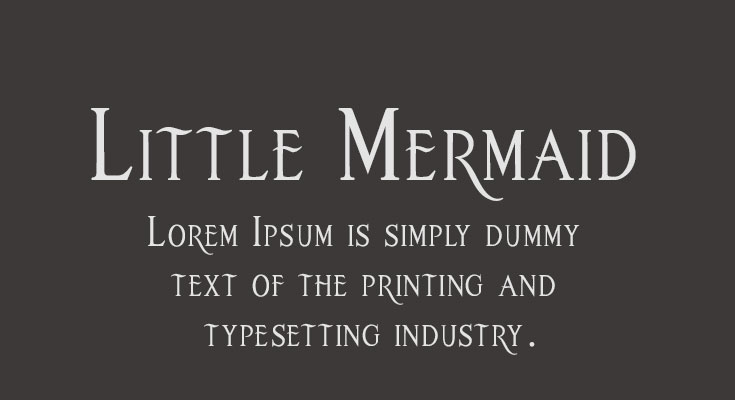 Little mermaid font is basically derived from the movie “Little Mermaid” after getting inspired by the movie, produced by Walt Disney Pictures, one of the highest-earning animated fantasy movies of all time released in 1989.

The movie was directed by John Musker and Ron Clements and totaled 89 million dollars domestically in the United States.

Globally this movie grossed a total of 233 million dollars. Its success both domestically and globally has reached a level Hollywood motives haven’t seen before. It contributed to the lasting success of Disney.

Because of the success of the movie, the font used in the movie also received a lot of popularity in the fonts markets. And a high number of designers use it consistently for their regular projects.

Initially, this creative font was released by Kustren on 6th January 2014. Consisting of the Truetype format of the file, this illustrating logo font contains more than 150 numbers of characters.

Hence, the basis of its characters is quite enough for any designer to design. You can also give a try of this exceptional font for your different projects.

The prominent feature of this font is its art and feel, which puts your letters in a melodious mood, quite similar to the font title seen on the cover of the movie. It presents a mix of curves and flares which gives a splendid gesture with an oceanic theme.

The formation of the letters represents a regular size; only the infoldings of the characters are noticeable.

On a large scale, the little mermaid font is one of those fonts that can easily catch the eyes of the viewers due to its pleasing art and design.

Little mermaid font presents an exceptional level of detail and a high depth of resolution, making it perfect for all printable platforms.

We are always pleased to get your feedback, you can always leave down your opinions, ideas, and suggestions in the comment section below. 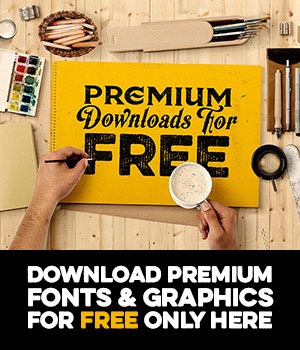