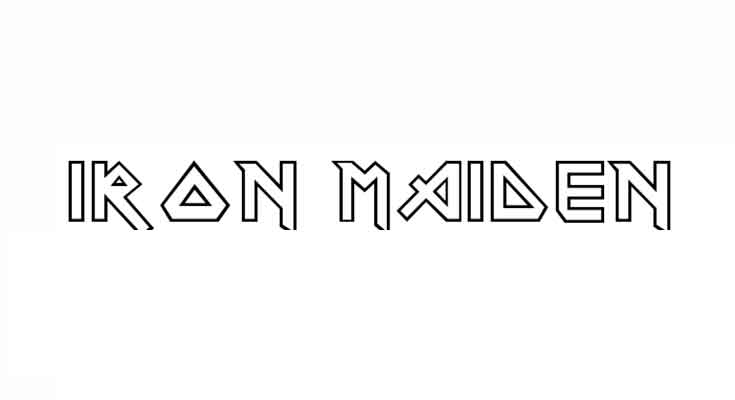 Looking for Iron Maiden Font Free Download? You are at right place!

Let’s introduce the Iron Maiden Font. The font is based on the Iron Maiden, a music band formed in London, England. It was created by a bassist and songwriter, Mr. Steve Harris, in 1975. This band has released one of the most popular albums including The Number of The Beast and Piece of Mind.

This band is arguably the most successful heavy metal band in history.

The font family is most famous for heavy metal music and has enchanted millions of people worldwide. This font was designed by Mr. Timour Jgenti, a creative and talented designer from San Fransisco, California. He took the charge of designing and releasing it. He made the font more powerful and well charming as compared to other font families.

Since this font was used for a band, it naturally works perfectly well for any music project. That said, you could use it for logos, graphics, fashion, banners, and many other applications. We also think this font would work great for a computer game and movie.

In addition, the font has amazing readability even on the widescreen or on any hoarding displays. So, feel free to utilize it for display purposes.

Again this font is free to download and if you like Iron Maiden and is ready to carry part of their legacy, this font is for you.